The research that started with Dr. Jeon's daughter atopic dermatitis then came into a bioceramic company. Dr. Jeon's passion and love were recognized as one of the world's top healthcare professionals. Even now, Dr. Jeon hopes everyone who suffered atopic dermatitis soon becomes well, just as his daughter did. After the success of launching Biocera Green Ball, Dr. Jeon began to make improvements by increasing the varieties of the products. The Atozero brand name came from inspiration 'free from atopic dermatitis'.

Everything Started with the Love of the Family

The research that started with Dr. Jeon daughter's atopic dermatitis then came into a bioceramic company. Dr. Jeon's passion and love were recognized as one of the world's top healthcare professionals. Even now, Dr. Jeon hopes everyone who suffered atopic dermatitis soon become well, just as his daughter did.

Some people have worries during the spring. They suffer from allergies causing coughs, blisters, itches, sneezing, and redness. Moreover, the numbers are increasing. Some foods, chemical detergents, and dust lead to asthma and atopy causing pain in their ordinary life. What is the reason?

My first child turned thirty in 2017. I have been watching her since she was a child. She had a painful childhood, suffered atopy allergy. It was a pain to watch her itching and crying. She even had a cough and redness from flowers and dust. She had blisters from her neck to her thigh, bleeding and bleeding. Blood covered all over her bed. I tried tying her wrist from itching blisters. However, she kept scratching repeatedly. In addition, the tie went loosened. As a father, it was a pain to listen to scratches as she itched, itched, and itched. My wife tried hard too. She took our daughter to the hospital, giving the best medical treatment that I could afford. However, it went worse, the blister and itches spread out all of her body. 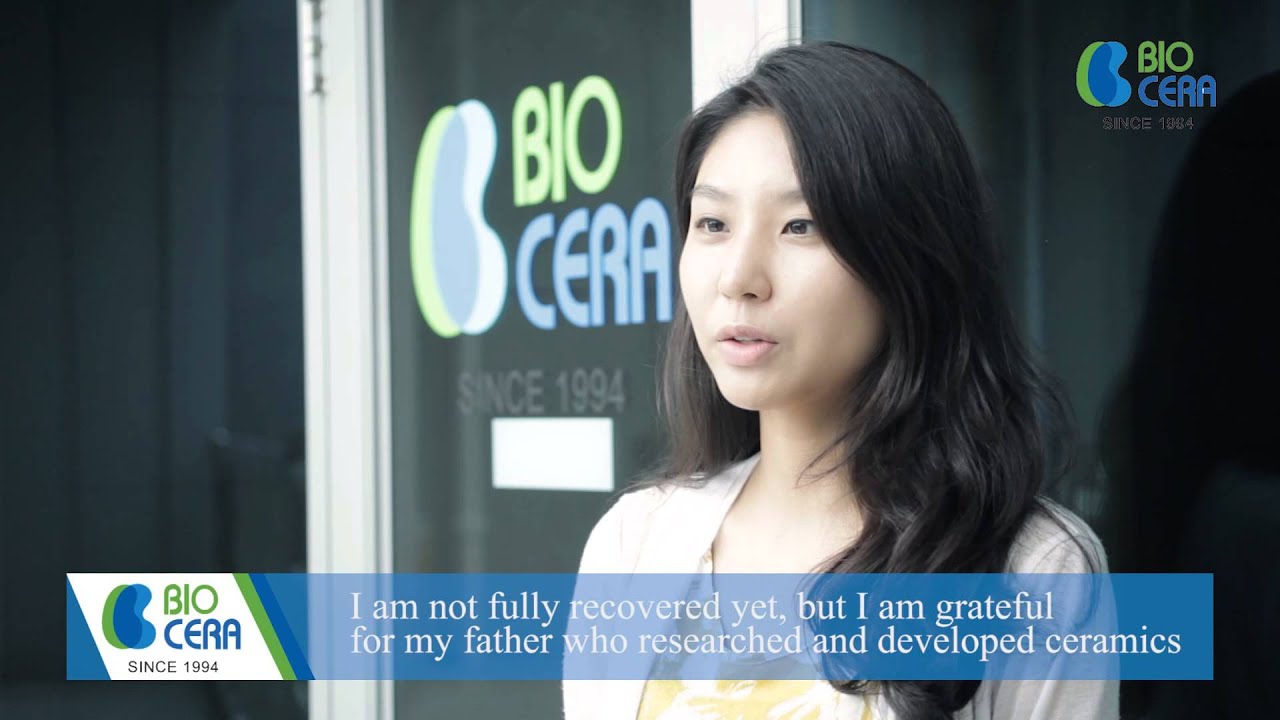 One day, I saw my daughter playing with the plastic ball, which gave me inspiration for creating a product that helps children from skin diseases. Green ball a product with no chemical detergent, which was the cause of asthma and atopy. It was Dr. Jeon's first masterpiece and made a start for Daesung Ceramic Research Center (Pre name of Biocera Co., Ltd)in 1997. Green ball has functions of surfactant-like a detergent, breaks water into small clusters, and has the antibacterial function with bleaching action. The research of making green ball began in 1995. It took lots of effort and failure for two years developing the final product in 1997. Most of the experiments were about how to apply the raw materials inside the washing machine. Some experiment with prototypes had problems with ceramic balls, running all over the washing machine leading machine breakdowns. Sometimes tearing the clothes while laundry. There were twists and turns but was a start from a father’s love. As I reduced the number of chemical detergents and medication, my daughter’s atopy allergy started to go away. And the sound of scratches faded.

It represents nature, alkaline, water, softness, Yin, and feminity. The word 'Return' in the Biocera Antioxidant Alkaline Return Jug represents to go back to the past and return to nature. Nowadays, in modern society, people are used to acidic lifestyles such as high cholesterol acidic foods, high caffeine drinks, rich calories, living in harmful environments with environmental pollution, exposed to water and air pollution, and the most important, not drinking enough water every day. Dr. Jeon Hyoung Tag gave the meaning of 'return', hoping people with acidic lifestyle habits could live happier lives by drinking natural spring mineral water like Biocera antioxidant alkaline mineral water.