Volatile Organic Compounds (VOC) are hazardous chemicals that have high vapor pressure at ordinary temperature. VOC cause numerous problems to the human body and harm to the environment. VOC high concentrations especially in indoors are toxic. Biocera photocatalyst coating technology has made it possible for house building materials to have advanced functions, that is, sterilizing bacteria and virus, deodorizing, and anti-fouling properties. 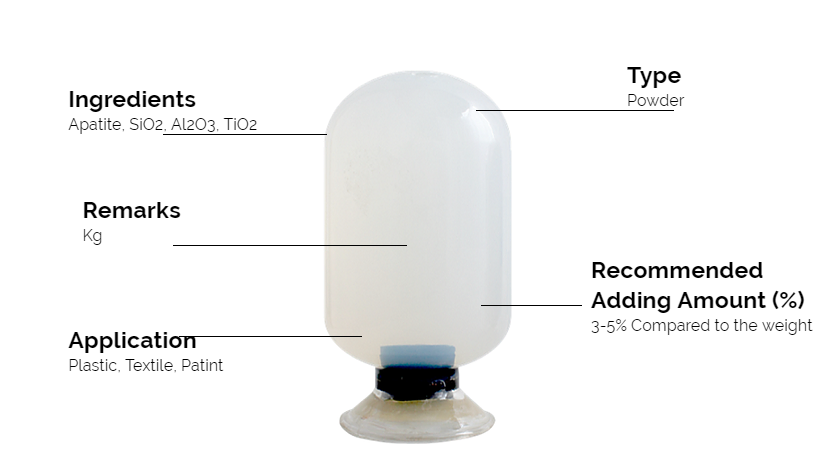 Photocatalyst acts as an oxidizing agent when activated by ultraviolet ray, especially sunlight. When a photocatalyst titanium dioxide (TiO2) captures ultraviolet light (from UV-A to UV-B widely and 350~380 nanometer is the most efficient range of UV) it forms activated oxygen from water or oxygen in the air. The process is similar to photosynthesis, in which chlorophyll captures sunlight to turn water and carbon dioxide into oxygen and glucose. The activated oxygen is strong enough to oxidize and decompose organic materials or smelling gas, and kill bacteria. Our photocatalytic titanium dioxide is capable of decomposing various ingredients that produce odors, mainly organic compounds, into carbon dioxide and water by light irradiation. 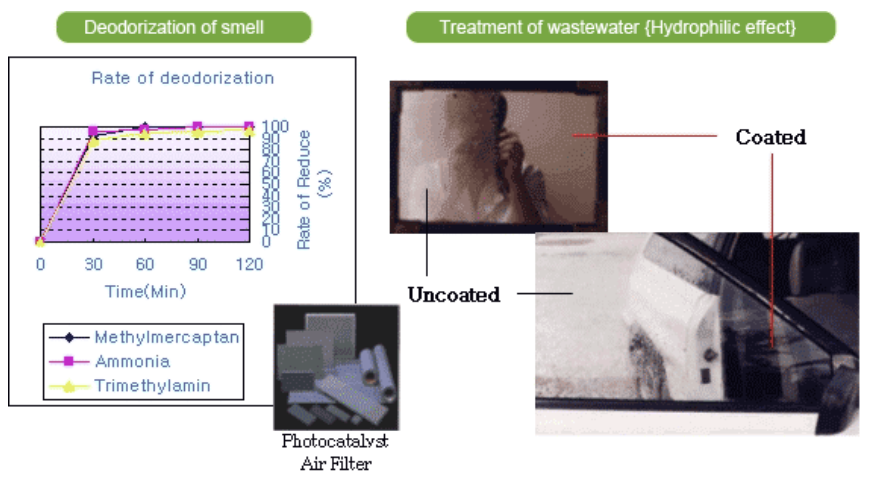 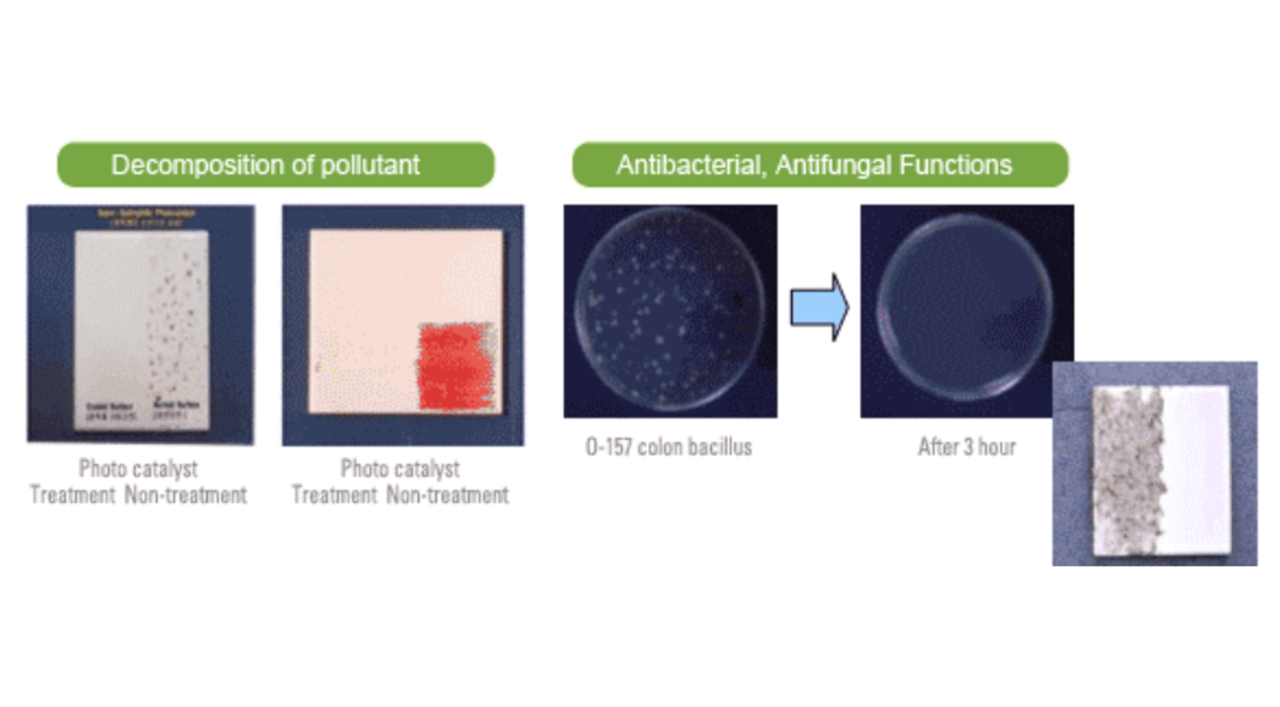 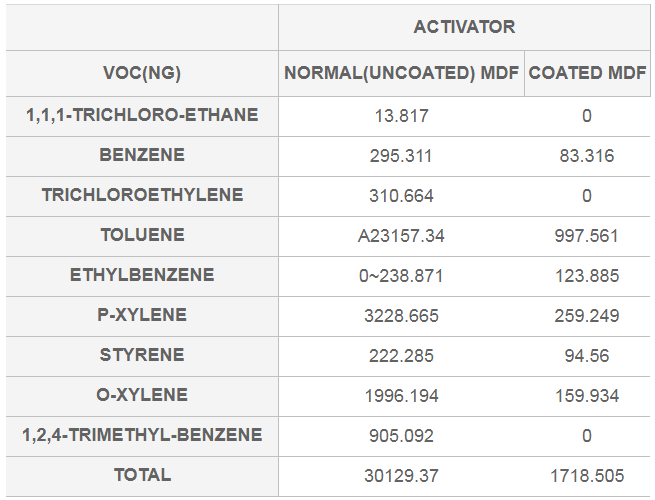 What is Semiconductive Photocatalyst +

The photocatalyst is defined as "acceleration by the presence of catalyst". This definition includes photosensitization, a process by which a photochemical alteration occurs in one molecular entity as a result of initial absorption of radiation by another molecular entity called the photosensitized. We call this "photosensitized the photocatalyst", but it excludes the photo acceleration of a stoichiometric thermal reaction (exergonic or endergonic) irrespective of whether it occurs in homogeneous solution or at the surface of an illuminated electrode. Nano-titania Photocatalyst acts as an oxidizing agent when activated by ultraviolet ray, especially sunlight.